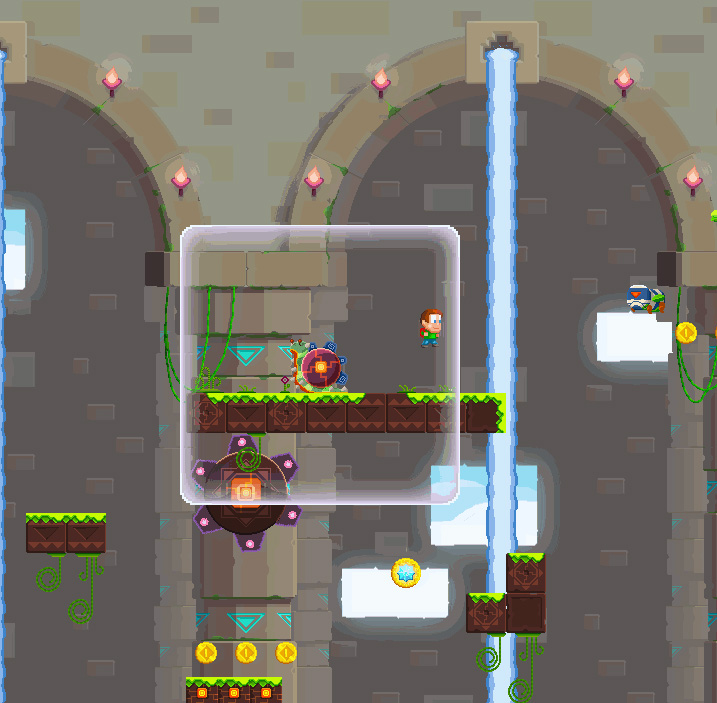 This week we’re sharing new bomb physics and explosions, along with a new Gravity Snail enemy that creates its own gravity to draw you into its spikes, and a moving gear with its own moving gravity.

The gravity snail is an enemy that carries a gear shell on its back. It alternates between turning the gear/gravity on and off. Ideally you don’t want to be too close to this enemy, since he can turn on gravity and draw you into his spikes. However, this enemy can also be used to help you through certain levels or reach secret platforms.

Bombs!! The bomb can be used to destroy enemies or break blocks to reveal hidden keys. If the bomb is traveling slow enough it will not blow up on impact with walls or certain enemies. However, if you throw it fast enough, the bomb will explode on impact with anything. You can also get certain enemies to trigger the bomb, such as luring a charger into charging into a bomb!

The rock projectiles and destruction animation are also updated. I also added a jump on rock detection, so the player can bounce off thrown rocks.

Lastly, a moving gear with it’s own gravity. You’ll have to keep pace with the gear in order to stay with its gravity field.