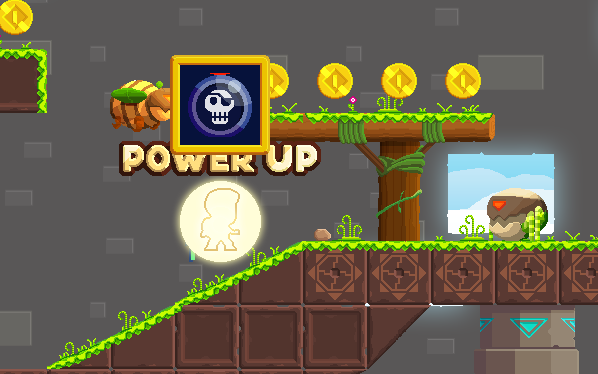 This week we implemented the death and hurt animations for the various power-ups and player. We incorporated the magical element of the clock into the death sequence and hurt sequences. Also, never got a chance to share this before, but we’re also sharing the slot-machine power up.

View Reddit Post
Death Sequence
Here the player disintegrates into magic dust.
Player hurt with power-up
When the player gets hurt with a power up, he loses the power up entirely. This is the same for any power-up level. So losing the master level power up can be costly.
Power Up Slot Machine
We were stuck with the dilemma, what power up does the player get when he levels up without a power up equipped? Well, why not leave it up to the player and chance with the slot machine.
Pirate Video
We haven’t pushed out a new video in a while, so here’s a video of the pirate in action.