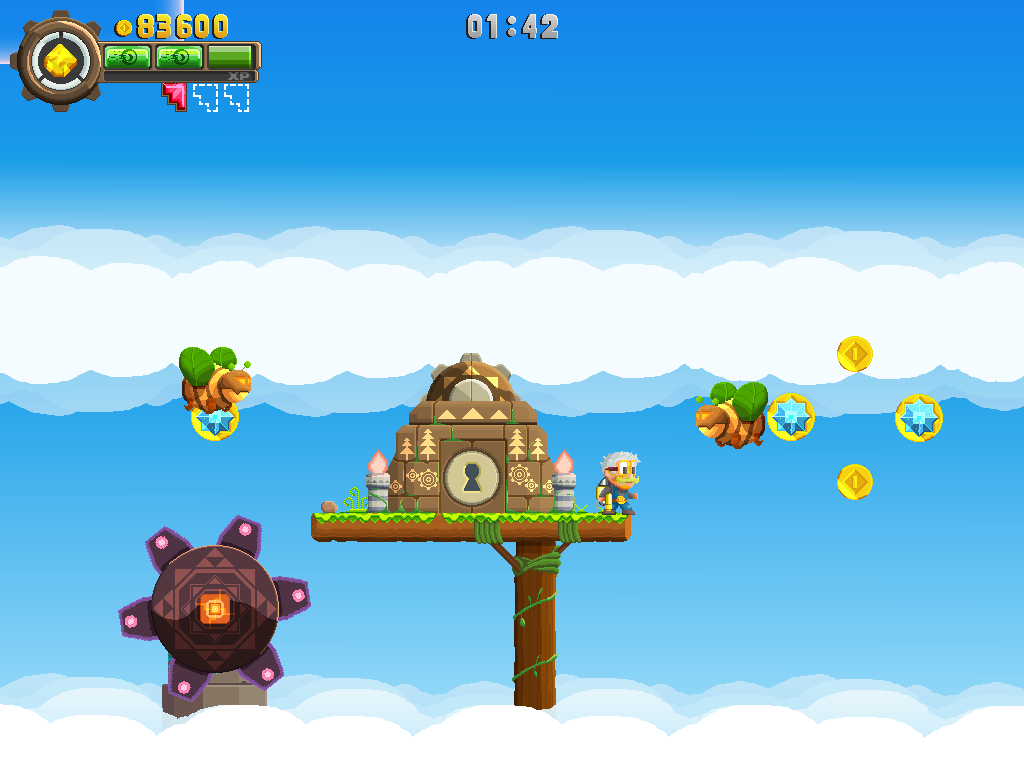 This week we got some gfy’s of the prospector and pyro. We wanted to share these two because we updated the UI bar to include an indicator for their projectile powers.

Prospector Leveling Up
The prospector leveling up from Expert to Master. In addition to the jetpack, the Master level packs an extra Midas gun projectile.
Prospector Collecting Keys & Coins
Here the prospector uses the Midas gun to freeze enemies and the magnet field to collect coins. He also collected the last key to unlock the portal (level exit). The gravity fields provide an extra boost to the charging speed of the prospector and pyro. I added a little sparkle animation to the UI bar when each bar recharges.
Pyro Bombs
Here’s the Pyro going through the same section but using bombs.
Rookie Pirate
Here’s the pirate in rookie form, because he felt left out of this post!